The Crew™ Season Pass provides players with access to add-on content including two exclusive cars at launch December 2, 2014. Players will also receive early access to each of the four car packs one week in advance, including new stickers and tuning kits.

The first of four themed car packs, new missions, new stickers, and tuning kits will start rolling out to players in January 2015, with new PvP modes to follow shortly thereafter. 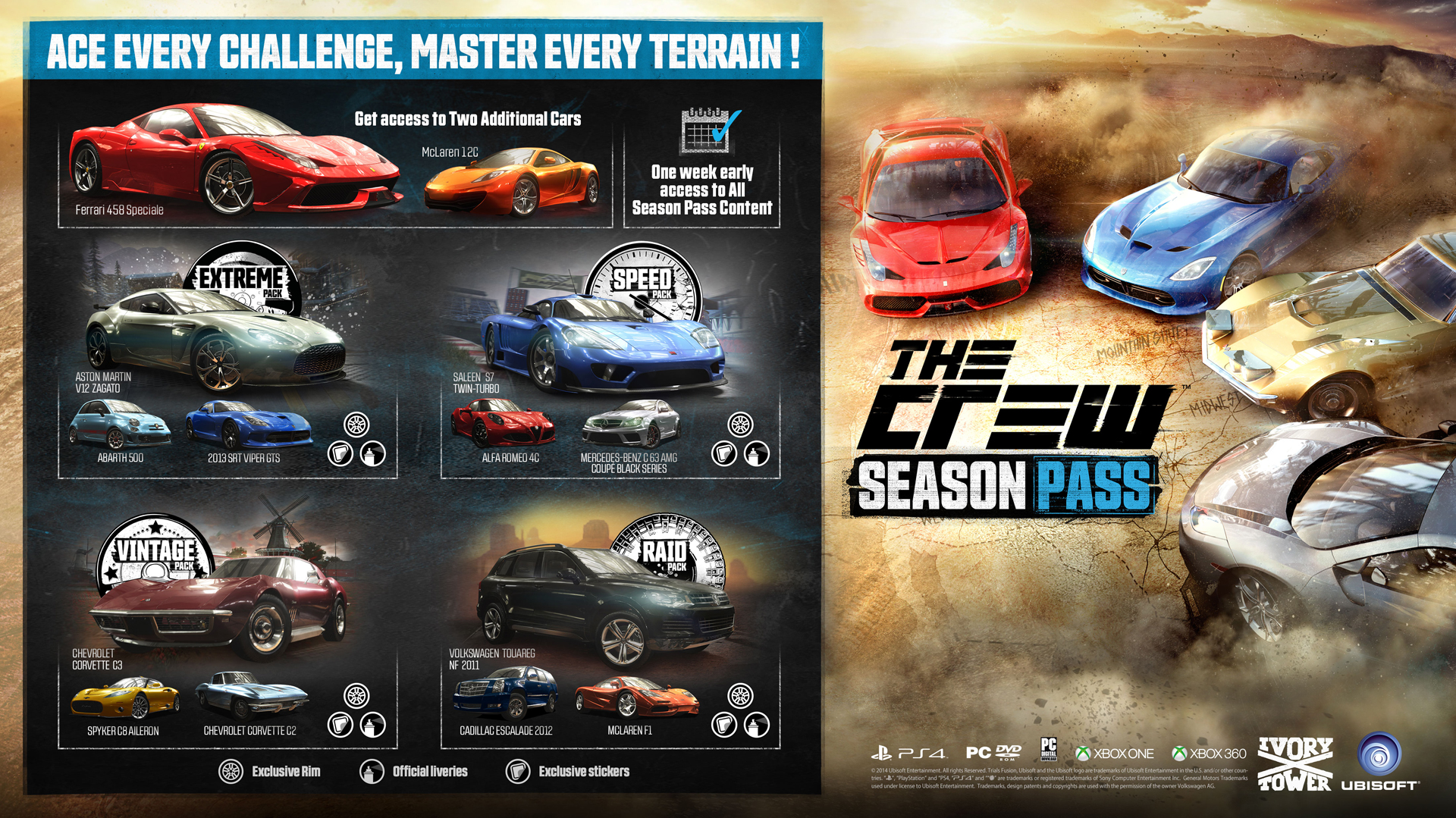 With the release of each add-on content pack included with the Season Pass, there will be new missions corresponding with each pack’s theme available to all players free of charge. New customization options, paint jobs, rims, interiors, and tuning specs will also be available from the in-game store.