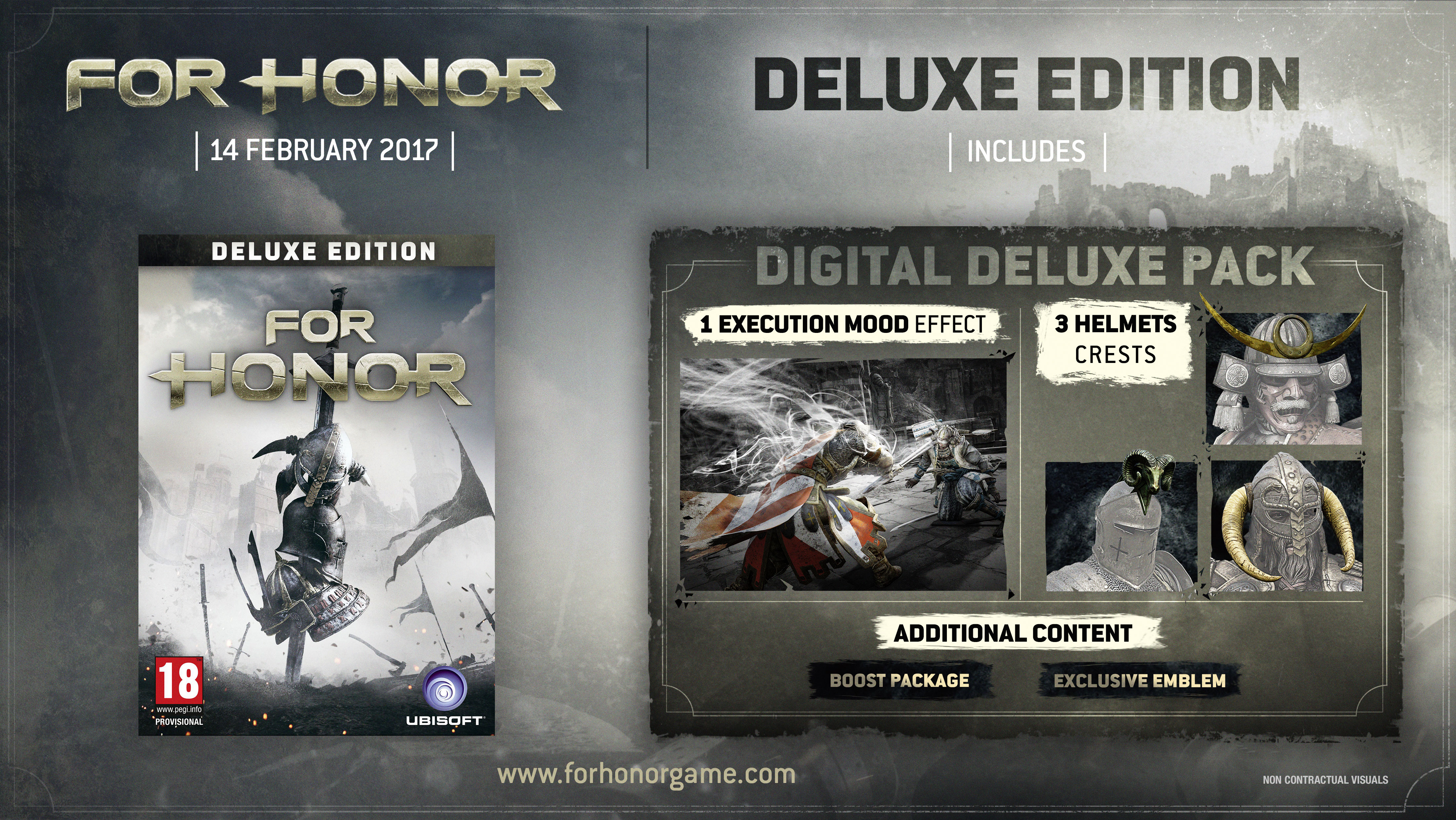 Carve a path of destruction through the battlefield fighting for guts, glory, and survival in For Honor™, a new melee action game developed by Ubisoft Montreal in collaboration with other Ubisoft studios.

Enter the chaos of a raging war as a knight, Viking, or samurai, three of the greatest warrior legacies. For Honor is a fast-paced and immersive experience, mixing skill with visceral, never-before-seen melee combat.

The Art of Battle, the game’s innovative control system, puts you in total control of your heroes, each with distinct skills and weapons, as you annihilate all soldiers, archers, and opposing heroes who stand in your way on an intense, believable battleground.

For Honor offers an engaging campaign and thrilling multiplayer. Enjoy the full experience with friends online, in split screen two-player co-op, or solo against AI.